The way we look at and use databases has changed dramatically over the past several years. Starting with data center consolidation mandates and the push to Cloud First and later Cloud Smart, agencies across government have been reinventing how they use and access databases.

DevOps is making an impact on how databases are planned and managed. The continuous updates and faster releases are being applied to database management to make government more agile. It also acts to make government systems more secure. The DevOps process that introduces more automation and continuous improvement means that human-related data errors can be mitigated earlier in deployment processes. Combined with encryption, this approach of granting access to sensitive data to those with the correct permissions can also mask the data in copies of databases used for development and testing.

The potential "downside" of DevOps throughout government is the fact that application developers are being asked to double as database administrators to maintain fluidity in the process and support an agency's rapid release cycle. But, if we recognize this concept of the "accidental database administrator," we can get them the tools to succeed. Software as a Service-based application performance management (APM) is one tool that developers can use to continuously identify performance and availability issues leading to proactive reporting of matters that may be "beyond their pay grade."

END_OF_DOCUMENT_TOKEN_TO_BE_REPLACED

For the first time ever, every government agency received a passing score on the Federal Information Technology Acquisition Reform Act (FITARA) Scorecard. Now, this does not mean that everyone made the honor roll, rather the general GPA is around a C.

FITARA was enacted in 2014, and report cards come out twice a year to measure and track progress in meeting the modernization efforts outlined in the legislation. The scorecard has evolved over the years as deadlines have passed, and new modernization metrics have been implemented.

In this 10th report, The General Services Administration (GSA) received an A+ grade on the scorecard for the second time in a row. The Education Department dropped out of the A-range, falling to a B. They joined two other agencies in dropping scores, while seven agencies showed improved results, and 14 stayed the same. The majority of agencies passed in the C-range. END_OF_DOCUMENT_TOKEN_TO_BE_REPLACED 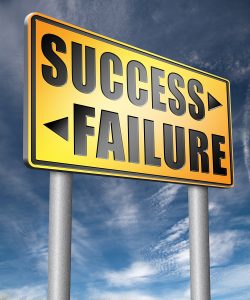 The ninth Federal Information Technology Acquisition Reform Act (FITARA) Scorecard, released in December, showed promising progress in meeting goals and in holding agencies accountable for their modernization efforts. For the first time, three different agencies earned an "A" or higher. The General Services Administration and Department of Education both received an "A+" and The United States Agency for International Development got an "A." This scorecard was the only time a failing grade was not handed out. Overall, agencies have upped their scores from a "D" average on the first scorecard in 2015 to a current "C+" average.

Scores are not the only thing that has increased. What is being measured has also grown. The first scorecard only measured four areas -- data center consolidation, IT portfolio review savings, incremental development, and risk assessment transparency. The latest version has nine subcategories that include measuring progress against recently enacted legislation.

Big gains in scores were found in regard to compliance with the Megabyte Act, legislation that aims to improve the way agencies manage their software licenses. Gains were also found in giving CIOs more authority. In fact, the reporting found that 22 agencies had permanent CIOs, two had acting CIOs and, of those, 16 reported directly to leadership.

Fall visits to the farmers market take us back to simpler times when people lived off the land. Today's farmers may provide the same "output" of food, but how they manage the growth and distribution of it has changed dramatically.

The U.S. Department of Agriculture (USDA) was established in 1862 and was nicknamed "The People's Department" by President Lincoln because of its mission to support the farmers that feed the nation. Today, the USDA is focused on providing "leadership on food, agriculture, natural resources, rural development, nutrition, and related issues based on public policy, the best available science, and effective management."

In achieving this mission, the USDA has become a hub for innovation. It was chosen as the first host agency for a modernization Center of Excellence (CoE). Spearheaded by the General Services Administration (GSA), the CoE at USDA was established to accelerate IT modernization across government to improve the public experience and increase operational efficiency. The CoE centralizes top government tech talent and combines it with private sector experts and expertise to implement best practices to move processes and technologies ahead. The CoE is focused on five functional areas: Cloud Adoption, Contact Center, Customer Experience, Data Analytics, and Infrastructure Optimization.

END_OF_DOCUMENT_TOKEN_TO_BE_REPLACED 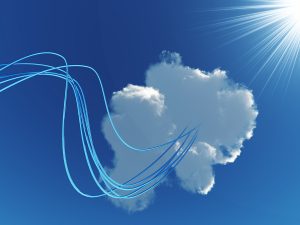 The move to cloud computing in government has changed from a focus on Cloud First to Cloud Smart. The initial push to cloud encouraged agencies to look at cloud options when adding or updating technology but provided no direct guidance. This "Cloud First" push provided a way to educate agencies on what cloud is and why it is a viable option for deploying applications to the government workforce. This education worked, making even the most security-conscious agencies comfortable with moving data and applications to the cloud to gain new efficiencies in time and budget.

The Cloud Smart policy, a logical evolution of Cloud First, was introduced last year and provides more guidance surrounding security, procurement, and workforce skills to foster cloud adoption and implementation. While the value cloud can provide is widely accepted, procurement of cloud remains a stumbling block to wider, easier cloud adoption. The shift in spending from capital funds to operating funds and the fluidity of the fees based on need and usage require different language and structure in contracts. Security also continues to be a focus, creating new "shared responsibility" language in cloud agreements and plans.

To help you get smarter on how to be cloud smart, we've compiled a list of upcoming events that cover the areas related to a successful cloud deployment.