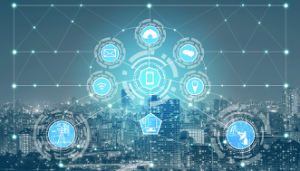 State and local agencies are home to some of the most innovative ideas in government. Their use of artificial intelligence (AI) is no exception. Localities are embracing AI as a way to make sense of all the data they hold to better understand how citizens are using their services and where gaps may exist. A survey from the National Association of State Chief Information Officers (NASCIO) released in the fall of 2019 found that 32% of those surveyed "strongly agreed" that AI and related technologies can help them meet citizen demands and improve operations. Specifically, the survey found that nearly 50% of respondents planned to use AI as a way to shift workers away from rote tasks and toward high-value activities.

Taking a look around the country, we see some interesting applications of AI at the state and local level.

END_OF_DOCUMENT_TOKEN_TO_BE_REPLACED 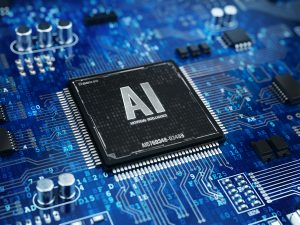 AI is becoming a key tool to help streamline response to citizen questions as citizen (customer) service has become a top priority across all government agencies. The IRS is beginning to use chatbots to help manage the 75 million phone calls, and 500 billion website visits from taxpayers each year (a number that will likely grow with tax changes). There's also interest in how AI can improve cybersecurity posture by automating more and more cyber monitoring so that systems are responding to threats at machine speed. AI also holds the answer to many big data challenges. The speed of automated machine processing can help agencies get more value out of the massive amounts of data they own for improved service, programs, and mission achievement. END_OF_DOCUMENT_TOKEN_TO_BE_REPLACED 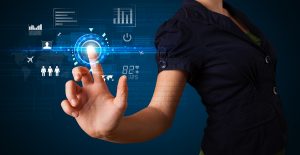 Federal agencies are a step closer to automating some of their common customer service processes using artificial intelligence.

The General Services Administration recently wrapped a pilot that walked federal agencies through the process of building chatbots and other intelligent personal assistants similar to Apple's Siri and Amazon's Alexa.

One finding, Herman said, was that agencies need to assess their cloud services, as chatbots and voice-controlled virtual assistants would need to pull information from the internet. Agencies also need to think about the way they structure the data the assistants might pull from, especially if that includes personally identifiable information from citizens, he said.

It's not yet clear where in each federal agency responsibility for creating intelligent personal assistants falls, Herman told Nextgov. Agencies such as National Oceanic and Atmospheric Administration and the Labor Department completed the workshop and brought varying personnel, including public affairs officers, Python developersĀ and innovation teams.

"No agency came at this pilot the same way," Herman said.

Herman's team, which has worked to help agencies adopt social media to better connect with citizens, has noticed new technology is generally initially relegated to a technology shop.

"Eventually, access to these services spreads down to the just the program level," Herman said, who explained he anticipates a similar pattern with intelligent personal assistants.

In the hackathon culminating the workshop, out of which agencies' prototypes emerged, federal employees worked alongside representatives from Google, Amazon, Microsoft and Oracle. In the future, depending on the platform, agencies might be able to develop their own assistants in house with little coding knowledge. A Labor Department team put together three Amazon Alexa skills with no prior experience, for instance. Others might need to contract out to technology companies directly.

GSA is planning a showcase to demonstrate how intelligent personal assistants could be used in government. In the meantime, Herman's team is collecting feedback from agencies about how the pilot helped them and what they need to be able to develop their own virtual assistants.

Though it's summer and the White House has recently undergone a transition, Herman said he was surprised at how representatives from some agenciesĀ are already cooking up new project ideas. Some are thinking beyond "how can we apply this to [getting] open data into services," he said, and instead considering combining chatbots with web forms and call centers using artificial intelligence.