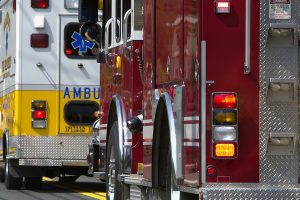 FirstNet is a nationwide wireless broadband network for first responders being built and deployed through a first of its kind public-private partnership. FirstNet was borne out of the September 11, 2001 tragedy where it became clear that the radio systems police, fire, and paramedics relied on did not easily operate across agencies. First responders also could not rely on land and mobile phone lines as they were overwhelmed by a high volume of calls. The 2004 9/11 commission report cited this lack of connectivity as a fundamental problem for first responders and pushed for solutions to be developed quickly to support everyday public safety activities as well as response to catastrophes.

The development of FirstNet began in 2012 when the First Responder Network Authority was established and a law was put in place that allocated 20 megahertz of spectrum and $7 billion to establish a broadband network dedicated to the nation's first responders. FirstNet was launched in 2018.

END_OF_DOCUMENT_TOKEN_TO_BE_REPLACED 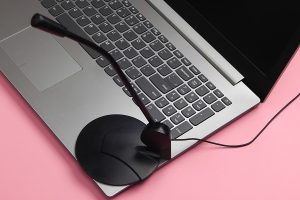 Natural Language Processing (NLP) is a computer science practice that aims to give computers the ability to understand text and spoken words in the same way humans can. NLP is a key feature of Artificial Intelligence (AI) as understanding the language that we use to "teach" computers is critical to evolving the accuracy of the AI tasks we are asking of them.

The most familiar application of NLP is speech recognition--taking the spoken word and converting it to text. Speech recognition also is part of any application that follows voice commands.To work properly, the technology has to be knowledgeable of accents and frequently understand context (semantics) to differentiate words with a similar sound but have various meanings or spellings. NLP is also closely tied to several tasks that work in the background of applications we use everyday, including spam detection, foreign language translation, virtual assistants, chatbots, social media sentiment analysis, and text summaries/abstracts for long documents.

END_OF_DOCUMENT_TOKEN_TO_BE_REPLACED

Airmen may see faster apps and a new way to learn about cyber and coding in the near future, according to the Air Force's deputy chief information officer.

The Air Force is preparing to invest in what it's calling Digital U, an online schoolhouse similar to Udemy or Codecademy that will let airmen learn basic cyber skills or challenge themselves to learn coding languages.

"Digital U is embedded in every single mission area if you're an HR professional or a logistician," Bill Marion, Air Force deputy CIO told Federal News Network in an interview. "We wanted to break the norm and truly democratize the training. This is where online and live media training can help you get to scale."

Marion said with about 700,000 active, reserve and guard airmen, giving them all cyber training in a classroom is not feasible.

Digital U uses commercial technology to bring training to airmen.

The training will cover everything from basic cyber hygiene to something as complex as making codes. The Air Force plans to gamify the training process, allowing airmen to level up and earn badges, to incentivize them to continue learning.

"We want them to be able to do advanced analytics and write a basic algorithm that goes against a dataset that they may know natively," Marion said. "If I'm a flight line technician, the tools can help me with fuel flow. How much money can we save by saving 1% of fuel when we are the world's largest fuel consumer? We can make some very significant moves by an airman knowing how to write a basic query on a dataset."

Marion said the Air Force hopes to eventually recruit, retain and even incentivize airmen with bonuses through Digital U.

The online classes let airmen take education into their own hands and learn as much as they want, even taking steps to becoming a data scientist.

The Air Force plans to contract the program out using other transaction authority (OTA) -- an acquisition method geared toward fast procurement with nontraditional defense companies.

"It's not just a one-size-fits-all," Marion said. "There's differing vendors in this space that provide everything from much lower point, but every entry-level training, to some vendors with a little higher price point, but more advanced training. The OTA is allowing us to look at how much we throttle on the lower end, the upper end and in the middle so we can scale at the 700,000 airmen level. It will not be a one-vendor thing based on our market research. It will be an ecosystem of tools."

While the Air Force is priming its airmen for more digital engagement, it's also trying to make their current experience with the digital world less of a pain.

Marion admitted the way the Air Force goes about cybersecurity is redundant and slow.

"We've layered so much security that the user experience is down," he said. "We need to get that down to the right number of layers. There is security there that should be baked in there, but we've done it three, four, five times. I joke that once I've scanned for a social security number; I don't need to scan another time, another time and another time in the same transaction and we are doing that in some cases."

The Air Force is looking at the apps that its airmen use and testing how long it takes to access apps, and how many clicks it takes to complete an action.

For example, Amazon has one-click buying, something customers find convenient -- and possibly dangerous. Some airmen are finding they need to click 48 times to complete an action. Marion is looking into both the access and clicks issue.

Outside of that, the Air Force is moving more toward a zero-trust model -- that's where an organization never trusts a device connecting to a network and always requires verification.

Marion said that involves the Air Force retooling its applications inside a native cloud environment.

"We've done that with a couple dozen applications, we've got a ways to go with others," Marion said.

The education, cybersecurity and ease of use are all part of the service's Digital Air Force plan it announced in August. The plan is supposed to unfetter the force from an industrialized way of thinking, open itself to faster networks, better weapons systems and make the service a more attractive employer.

View the full article by Scott Maucione at FederalNewsNetwork.com: https://federalnewsnetwork.com/air-force/2019/12/air-force-announces-new-ways-of-learning-digital-skills-working-on-faster-apps/?fbclid=IwAR0It1bj3v8GGBBGkgSSCvbJPlkIk1gU1QNutJJP8JIskdTEH_mpZzyeo5A 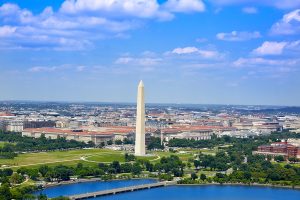 With the introduction of technologies such as machine learning, artificial intelligence (AI), mobile apps and more, the business functions of government are becoming more automated. While fears of machines taking over the world -- or at least our jobs -- are unfounded, the type of work government employees will be doing is changing dramatically. Additionally, there is a huge learning curve needed for employees to adopt these technologies to ensure they live up to their promise of greater efficiency and cost savings. The common denominator for managing all of this change? Training.

In a recent survey, 43 percent of Federal IT professional respondents said that one of the reasons their IT environments were not optimized to meet current demands was insufficient investment in training. Organizations need to take full advantage of budgeted education stipends to get holistic training for management and employees to ensure they get the most out of their technology investment. Investing more in training up front can save money down the road by avoiding the need to re-tool or even scrap systems to better fit the skill sets of the workforce. END_OF_DOCUMENT_TOKEN_TO_BE_REPLACED 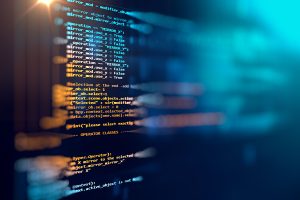 Code-a-thons and hack-a-thons have moved out of the basements of Silicon Valley and into ballrooms across the country. These events are usually one or two day intensive sessions where software developers work in teams to develop a technology solution to a stated challenge.

Recently, the Department of Health and Human Services (HHS) hosted one as part of their efforts around the national opioid crisis. The Opioid Symposium and Code-a-Thon allowed HHS to educate attendees on their five-part strategy for combatting opioid abuse. The event posed three challenge questions to programmers from private industry, academia, and government. From there, the 50 teams began designing solutions for the next 24 hours. Winners in each of the three tracks were selected the following day.[Tweet "New #GovEventsblog article: Adding Code-A-Thons to the Event Mix"]

While this in-person event was specific to a single government agency, the federal government as a whole has been hosting virtual code-a-thons since the launch of challenge.gov in 2010. This site allows federal agencies to submit a problem that needs a technical solution. Prize money is offered, and a time frame is given for the development of working code. Both individuals and companies are eligible to participate in solving complex, mission-centric problems. END_OF_DOCUMENT_TOKEN_TO_BE_REPLACED